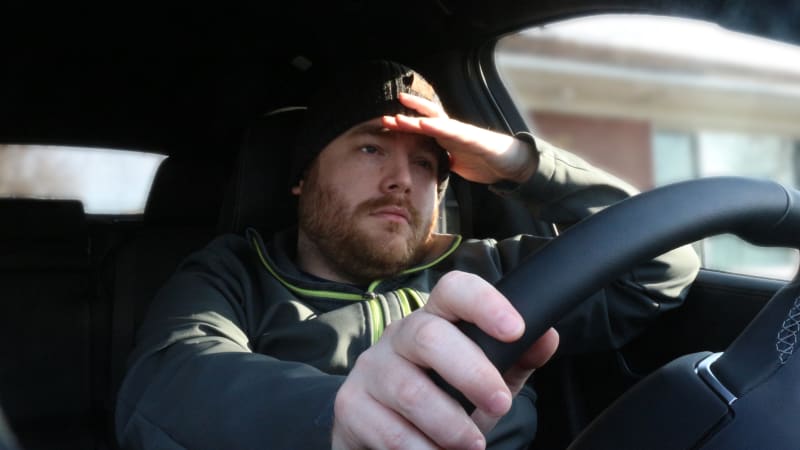 2020 saw the biggest drop in manmade carbon emissions in recorded history. Was this a result of aggressive EV subsidies or a market-based correction? Were our God-given conveyances ripped from our fingers by an evil communist regime? No, the cars didn’t go anywhere; the commutes did.

As of 2019, the average American spent nearly an hour on the road just getting to and from work. That’s more than nine days over the course of a year – more than plenty of Americans are offered in vacation time – and in 2020, among other things, we proved that we don’t need to do it.

And pardon my vulgarity, but good ****ing riddance. There are no upsides to America’s upward commute creep. It’s bad for our health, bad for our wallets, bad for our roads and bad for the environment. Reducing the number of necessary commutes shouldn’t just be a convenient byproduct of a terrible situation; it should be the primary focus of U.S. emissions policy.

We all win in a world where fewer people are compelled to travel. The air will be cleaner, the roads will be less congested, and we will, on average, bank hundreds – thousands, in some cases – of hours of lost productivity and R&R time every year. Plus, speaking selfishly, the more required trips we can eliminate, the more room there is for those of us who actually want to enjoy the open road. If Chad, 26, office administrator, is no longer dawdling along at 64 in a 70 because he now works from home, I benefit.

There is literally no downside to disincentivizing the commute. But there is one glaring issue: there’s nobody to blame. Cars pollute too much? Blame car makers. Regulation makes cars too expensive? Blame the government. OPEC keeps oil prices too high? Drill, baby, drill!

All of these are “solved” with three little words. Can we so succinctly summarize the need to end commuter culture? “Stop doing it” is about the best I can come up with, and it doesn’t really get us anywhere. Don’t even get me started on “Take public transit!”

But we need to figure it out, because electric cars are not the magic bullet. While their adoption is more of a “when” than an “if,” that “when” is no time soon. Setting aside the issues of charging access and real-world fuel sources, the electric car economy is simply not yet developed enough to function in perpetuity. There’s virtually no secondary market, and what little there is will remain generations behind the latest EV tech for decades.

So long as that is true, forcing EV adoption is nothing more than a burden on the poor, and even subsidizing it aggressively doesn’t help those who simply cannot afford new cars. Besides, how many times can we count on consuming our way out of a consumption crisis before our number comes up?

If you’re truly expecting the automotive industry to lead on clean tech, you’re only setting yourself up for disappointment. Volkswagen would still be building cheating diesels today if it weren’t for a university research team stumbling onto one of the most significant corporate grifts of the past two decades.

Even absent outright fraud, priorities and messaging change with the times. It wasn’t even a year ago that then-FCA execs were still leaning hard on the notion that pickup buyers don’t want batteries. As it became increasingly likely that the Trump administration’s days were numbered, there was a distinct shift in tone. Electrification is now the future of Stellantis.

And it’s the future of the auto industry – an inevitability that can only be delayed. Many will try, and some of them will succeed. For how long? That’s virtually impossible to say. OEM and government officials alike have attempted to set an end date for the ICE, usually using nice, round figures that are both comfortingly distant and easily digested.

Even if we miraculously solve every issue facing the adoption of electric vehicles overnight, we’re still left with just as many cars on the road if we don’t take steps to curtail trips. We may emit fewer pollutants, but we’ll still be expending a bunch of energy going absolutely nowhere, and we’ll still be miserable doing it. An all-electric goal is noble – and necessary – but laying the entire issue at the feet of the auto industry and those who regulate it is a recipe for a long, drawn-out mess with an ambiguous, ever-changing timeline with no concrete endgame.

We spent the past year stumbling through the earliest, most critical steps toward reaching a sustainable equilibrium. It would be foolish to let those growing pains be for nothing. Let’s save people from trips they don’t want to make in the first place, keep some nasty crap out of the air, and – most importantly – take some of that commute time back for ourselves.